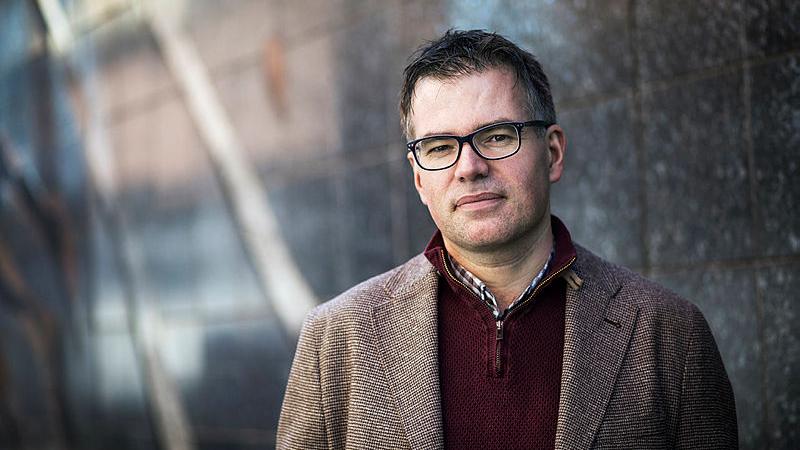 On the 26th of November 2020 the IMER Junior Scholar Network invited Sindre Bangstad to give a lecture and then lead a discussion on the concept of “race” in Norway and the Nordic context for all members of the national network.

Bangstad is a Norwegian social anthropologist and researcher at KIFO, the Institute for the Church, Religion, and Worldview Research in Oslo, Norway. His areas of research and expertise are social anthropology, Muslims in secular societies (South Africa, Norway), human rights, freedom of religion and belief, Islam, hate speech, freedom of expression, secularism and secularism, racism, Islamophobia. We wanted to discuss the concept of “race” in Norway and the Nordics in our network for two main reasons. The first is because many of our PhD projects touch upon issues of racism and discrimination of ethnic or national minorities. The second is because many in Norway (and in Europe – in contrast to the USA) are not willing to talk about race. Furthermore, this discussion is now highly relevant in the wake of Black Lives Matter protests that resonated in Norway as well. Hence, we felt that this was an important issue to discuss in our network.

Bangstad started his lecture by going through a historical overview of the use of the concept of “race” from its first recorded use. He then went on to retrace the growing interest among scholars at the end of the 19th Century and the beginning of the 20th on defining the various “human races” and eugenics. For many of these primarily European scholars, Norway and the Nordics were seen as the ‘racial utopia’ and the ‘quintessential white space’. Furthermore, the Sami, the indigenous people of Norway, Sweden, and Finland, were portrayed as ‘dirty’ and ‘unkempt’ in contrast to the civilized ‘Norwegian ethnics’. Such ideas, Bangstad explained, lasted up until the end of the Second World War, and especially due to the Holocaust, which led to the idea of race being defined in biological terms to be discarded by the majority in Europe. Since then, the concepts of ethnicity, culture, and religion have dominated the discussion instead. However, as many scholars including Bangstad argue, these are just concepts that have substituted the one of ‘race’ as it is taboo to mention it (in Europe). The meaning behind such concepts and the way they are used have often little different from the way ‘race’ was previously used. There is often mention of a ‘cultural and/or civilizational difference’ when referring to racialized people, this Bangstad describes, is often called ‘cultural racism’. Such is the case with Muslims especially after 2001 (9/11).

Bangstad then went on to argue how the Norwegian neo-racism (as well as much of other European countries) is linked to fears about decreasing social and national cohesion stemming from rising immigration and a gradually more multicultural Norwegian society. This is especially in relation to Muslim migrants, who are often portrayed as threats to the Norwegian values and way of life by far-right politicians as well as in the media. Nevertheless, he mentioned, that the far-right seems to be unnoticed in Norway, but their discourse is infiltrating the public imaginary, nonetheless.

Bangstad’s presentation ended with a reflection on whether using the term ‘race’ is still the most appropriate for the Norwegian context in light of its taboo aspect. He drew on Paul Gilroy’s argument of refusing to use ‘race’ and instead posed the question of whether ‘discrimination’ would be then a better way to address the experiences of racialized people in Norway and Europe at large. After his presentation, the Zoom audience was split into groups of three where they discussed Bangstad’s presentation for fifteen minutes. Afterwards all groups joined back and had a panel discussion about what they had discussed as well as posed questions to Bangstad. Some of the issues discussed were in relation to the positionality of the researcher as a non-racialized person doing research on racism and discrimination. To which Bangstad suggested the ethics of listening as the most important rule by which researchers should bind themselves to.

We are very grateful to Sindre Bangstad for taking the time to do this lecture for the IMER Junior Scholar Network and to contribute to a very relevant and timely discussion for the network.