Skip to content
Home > PhD-life > Do you want to become a member of the national network? 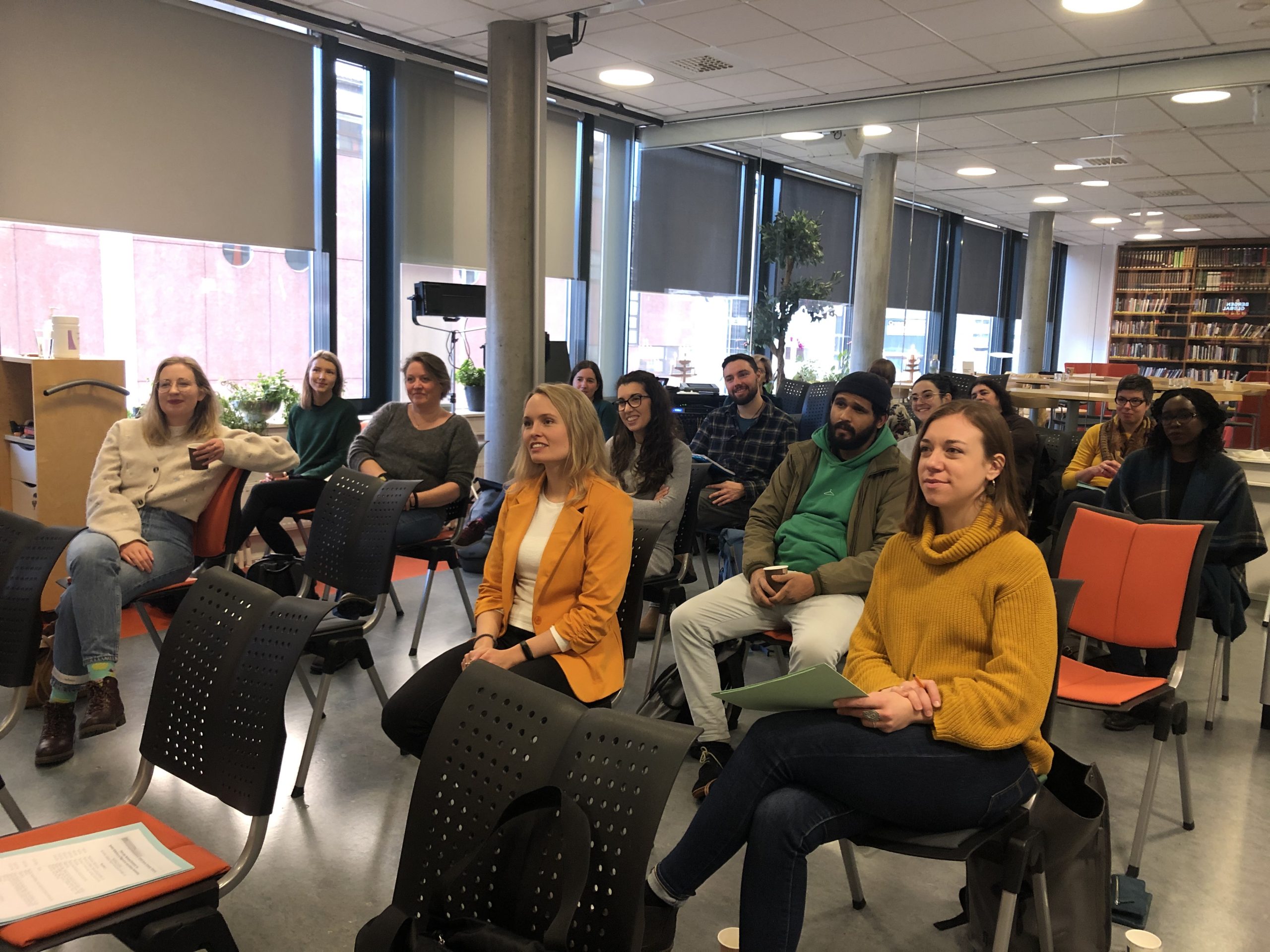 Do you want to become a member of the national network?

We wrapped up the IMER junior national seminar with a session to discuss how we would go further with the national network for which we had been wanting to set up a board for a while but due to COVID, we were not able to.

Irina and Zubia shared the process of becoming a junior scholar network in Bergen, the activities we have been organizing, and the ideas of what a national junior scholar network could look like. After that, the participants were divided into groups of four or five to discuss what a national junior scholar network could look like for themselves. After a while, we gathered the groups and each group shared what they had discussed. Some of the points mentioned were to make the network more attractive nationally as until now it was rather Bergen-centric, as it is where it was initiated. Some of the examples for doing this was to have local chapters in different universities around the country and organize events locally (e.g. in Tromsø). Some also mentioned that it was important to change the location of the national seminar each year, instead of holding it in Bergen, as it had been done until now. All participants agreed that having two main events a year, one in each semester, would be a good way forward. One of the events would be the national seminar and the other one could be a writing retreat. Some stressed that it would be important to make clear that it would not be compulsory to join both events.

We also discussed the possibility of changing the name of the national network as the acronym IMER is very much associated with the IMER network in Bergen. Giving the national network could make it more attractive to those not based in Bergen, and in turn, this may give more ownership to people based elsewhere in the country. This was decided that it would be one of the first things that the board would discuss. There was also a brief discussion about the term “junior scholar” and we agreed that the national network should be open for those that are aspiring PhD candidates, PhD candidates, post-docs, and other early-career researchers. We would like the network to be an arena where people who are relatively new to the scholarly world receive support and find a space to share their struggles as well as their wins with others in similar circumstances.

Before the session was wrapped up, the participants elected a board for the national junior scholar network from among the participants. One representative from each university from those present was elected. The following members are members of the current board:

The members of the board then agreed to work on recruiting further board members from other universities around the country that are not represented. If you are interested or know someone who could be interested in becoming a board member of the national junior scholar network send an email to Zubia.robleda@vid.no

The board will have its first official meeting in January to discuss the way forward with the naming of the national network, its affiliations, and the recruitment of further board members.

We are really looking forward to seeing how the first national junior scholar network in the area of migration and ethnic studies in Norway develops.

Click here to become a member of the network