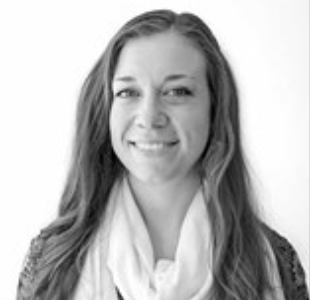 On the 25th of February 2020, Zubia Willmann Robleda, one of the members of the IMER Junior Scholar Network and the network’s communications responsible, presented her third article part of her PhD project with the working title: Aspirations Among Women Seeking Asylum in Norway. From the Asylum Centre and Onwards. This article is currently undergoing its last revisions before being submitted to a journal of migration studies.

The presentation was organised as part of the monthly IMER lunch seminar and was held at the Department of Sociology at the University of Bergen. Zubia’s article explores how the aspirations of women who came to Norway as asylum seekers change over time, the elements that may be involved in such changes as well as how these women go about pursuing their aspirations.

She started the thirty-minute presentation by giving a background and rational for her study.  She did this by providing an overview of her literature review. She explained how since the refugee reception crisis in 2015, asylum seekers and refugees have often been at the centre of public and scholarly debate. However, the focus has frequently been on the problems they bring about for host countries. She showed that less attention has been placed on asylum seekers’ aspirations, dreams and plans after arrival. By giving an overview of the theoretical discussion she goes into in particular with the work of scholars on aspirations such as Boccagni (2017) and Appadurai (2004) she argued that aspirations are meaningful to study given that they can have a significant impact on people’s future trajectories, As a result, they may also provide further insight into the ways they incorporate into their new homes. Furthermore, desire, despite having a strong agentic nature, is deeply entangled in the social structures and discourses that newcomers are surrounded by. Then she gave a brief description of her research design and methods. She conducted in-depth ethnographic fieldwork with the same four women of who arrived in Norway as asylum seekers at two different stages in the 2017-2019 time period. First while the women were living in asylum centres and waiting to have their application processed, and then the second phase of fieldwork was conducted some months after the women had received a residence permit and moved out of the asylum centre. In the time in between Zubia had continuous contact with the women through telephone. Three of the women were Syrian and one Turkish, their ages ranged between the late 20s and early 40s, they had different educational levels and background as well as various family circumstances. The characteristics were left to chance during the recruitment.

Given that Zubia had used a life-story approach in her interviews and analysis, she then read the story of one of her participants. Drawing from this story and the theoretical discussion, she presented some of her findings and her main arguments. The main one being: That the different stages of the asylum-seeking process have a particular effect on the women’s aspirations. Other elements that also seem to have a significant impact on their aspirations are their family circumstances, their social networks, or lack thereof as well as the perceived discrimination and barriers to achieve their aspirations. For more keep on the lookout for her article which hopefully will be published within 2020. She is a currently a PhD candidate at VID Specialized University, Stavanger with a project exploring how women seeking asylum in Norway go about starting their life in their new home. She has an interdisciplinary background, her main fields of interest being migration studies but also gender and religion studies among others. She has been recently a visiting scholar at the Migration and Diversity Centre at the Vrije Universiteit in Amsterdam with Dr. Halleh Ghorashi. Zubia is also a member of the IMER Junior Scholars Network and the communications responsible.

Click here to become a member of the network